I recently started having trouble with my peertube instance running on FreeBSD. It looks like this issue is just me, so I’m trying to migrate my Peertube instance from FreeBSD to Ubuntu Server 20.04 to see if that fixes it.

That entails moving Peertube off of the FreeBSD jail that runs nginx proxying and SSL front-end to my other services. Until now I’d been working around this proxy issue by just having the nginx config for Peertube run along side the other reverse proxies on that FreeBSD server.

At first I got hung up trying to reach ip:9000 on my local network, but it seems that only works for a fresh Peertube instance? And once the domain name (host name?) is set, the IP address will not work?

In any case, I believe that Peertube is running correctly on the Ubuntu 20.04 VM now.

From this discussion, I first thought that the stock Peertube nginx config was going to do the remote proxying for me. So I backed up the existing FreeBSD nginx config, and copied over the example Peertube one and set the IP to the new Ubuntu machine.

That doesn’t work, and navigating to the page returns 502 Bad Gateway.

Next I tried following along with this thread but - as was discussed there - it results in a 301 loop since apparently proxy_pass sends only to port 80(?).

I’d appreciate any pointers on how to do this properly!

Found the issue: error existed between chair and keyboard.

The instance was hanging up on a database initialization issue, and wasn’t starting.

Using the peertube nginx config as a remote reverse proxy is now working!

Can you show the configurations of NGINX, main proxy server and Peertube server?

My original post was fueled by a lack of understanding in how Peertube works, so I should clarify what I had wrong:

Some things to note:

What I was initially trying to do:

What I wound up doing, that actually works:

This means that when Peertube updates, I have to take the new Peertube example nginx config and copy it to the FreeBSD jail, and then compare it to the production config running there. It also means that the SSL certs are all handled on the FreeBSD box, and are not shared at all with the Ubuntu VM.

I assume this setup also invalidates the nginx caching that recent Peertube configs do. If it does, it fails gracefully and the site still loads for me.

Without any further ado, here’s the Peertube nginx config that’s running on the FreeBSD machine. Note that I had to set the backend IP address.

And on the Ubuntu VM, the top of Peertube’s production.yaml file looks like. Note that I edited the hostname on line 2, and the trust_proxy IP address.

Thanks for the detailed answer. I’ve got one more question…
The NGINX configuration specifies the Peertube directory and the Storage directory, namely:

What if the Peertube directory is on your Ubuntu server (192.168.13.88)? Probably the Storage is also located on the same server.

This is the most important question for me!

I am now trying to set up such a configuration, but I have a blank white page - (If I specify the wrong port (for example 9002), then an error appears 502 - it means the proxy is working. But why am I seeing a blank page?

I am now trying to set up such a configuration, but I have a blank white page - (If I specify the wrong port (for example 9002), then an error appears 502 - it means the proxy is working. But why am I seeing a blank page?

I was going to respond with some more info about how it’s working for me, but then I took a closer look. Turns out I had left the old peertube folder on my FreeBSD server, and nginx was still serving the static content from there. That would have caused me quite a bit of trouble whenever the next video got around to being uploaded.

I removed the peertube directory, and now I am also seeing the blank white page!

But this should work. It looks like peertube has the config to support this kind of reverse proxy. So let’s see if anything can be done.

1st attempt at a workaround, this did not work.

I looked at the peertube error log and config, and noticed that it was using alias in a place where we want files to be proxied, so I replaced the line with try_files:

That worked! Now the home page loads… except for thumbnails, which do not. Confusingly, in the network inspector the thumbnail URLs are returning ‹ 200 OK › status. So why aren’t they loading?

If I copy the URL and open it in a browser, it returns a full webpage that says « Error 404 » but in itself is not returning HTTP status code 404. So essentially we are getting a 404, just not a proper one. Maybe that’s a bug with Peertube.

Back in the peertube config, it looks like a rewrite directive is mangling the URL so that it can be fetched by nginx, but then fails to be found by the @api proxy… Maybe another bug?

I commented out the rewrite line and now thumbnails load!

So close! But now when I click on a video and go to the watch page, the video fails to play. The network inspector shows that the video file and fragments list both return 404…

I spent the most time trying to figure out what was going on here. Initially I thought the rewrite statements in the /static/ section of the nginx config were messing up the request, just like they had for the thumbnails. But removing these did not help. Confusingly, nginx appeared to refuse to use the @api proxy, insisting on trying to open the file, and then returning 404 when the file wasn’t found.

Eventually I figured out that the Peertube process doesn’t (appear to) support sending the video file itself. Instead it sends a new request that’s supposed to have nginx grab the file from disk…

Here’s a screenshot of loading the site by the local Ubuntu IP address:

So Peertube is requesting to go back out and use nginx to grab the file there.

That’s as far as I’m able to troubleshoot. Maybe someone who actually knows what they’re doing can figure out a solution.

2nd attempt at a workaround, this does work for me.

So, I wish the above changes had worked. Since they do not, the only solution I can think of is to mirror the Peertube folder between the two servers. To do this I set /var/www/peertube up as an NFS mount that is shared from the FreeBSD/nginx to the Ubuntu/Peertube one. In my reasoning, that way the nginx caching can access the files fast, and hopefully webpage loading speed won’t be seriously affected.

Once the NFS share was configured, I undid the nginx config changes made in attempt #1 above.

In my very basic testing this is noticeably slower, but at least it works at all. 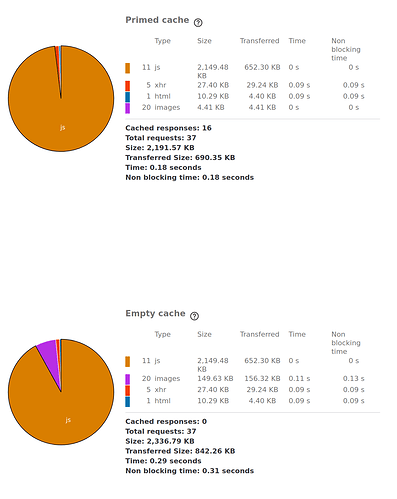 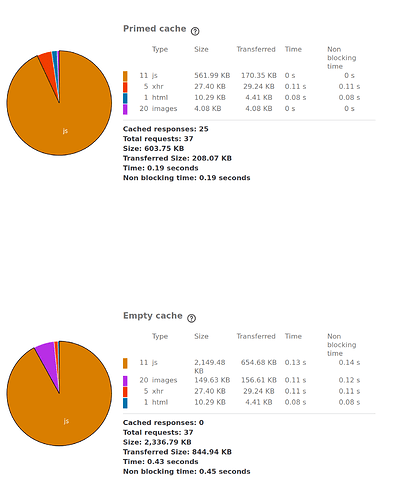 Just thinking out loud here. My conclusion to attempt #1 in the previous post isn’t right.

If I copy the path to the 404’ed master.m3u8 and append it to the Ubuntu IP address, the Peertube service does appear to produce the file: 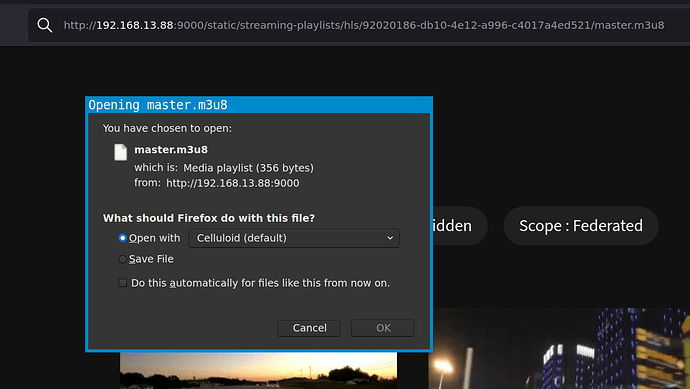 So this must still be an nginx issue here, where the reverse proxy isn’t working, and nginx is resorting to trying to grab the file from disk… Or something?

OK, I’m not smart enough to know what’s going on in this nginx config. But I have it working.

If I remove the NFS mounts, and follow the config change steps from Attempt #1 above, and then also do this next step, HLS videos will load and play for me.

I just commented out the /static/ block at the end of the config. Somehow that gets nginx to respect the @api proxy and get the video file from the peertube process. I wish I knew why.